ACA’s electronic e waste crusher for recycling of e waste is state of the art. We will provide you with a high quality scrap and e waste crusher. Our crushes can process electronic waste like hard drives, cell phones, computers and much more it products and household appliances. The scrap crusher separates the plastic from metal of the collected electronics from recycling stations as well as new electronic equipment such as laptops, loudspeakers, televisions, vacuum cleaners, etc.

The ACA crusher crushes electronic waste and separates plastic from metal for subsequent elimination. Once the metal parts have been eliminated, the plastic can be reused to make new products, and the metal can be sold. The ACA crusher is easy to operate and both input and output sizes are flexible. The size of the output can be adjusted to secure the wanted size reduction. 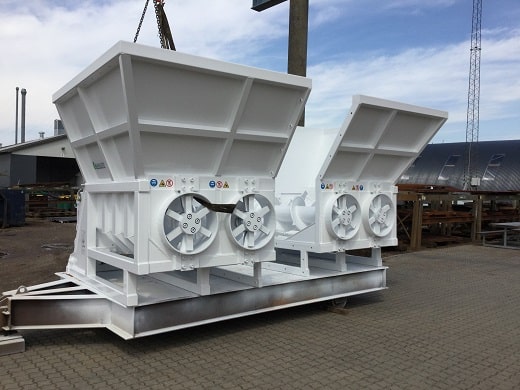 Recycling and crushing of electronic waste

The crusher crushes electronic waste and separates electronic parts from plastic and metal, which are subsequently sent for recycling.

The ACA crusher is a slow-turning machine operating at 15 RPM per minute with a torque of 13,000 newton metres per screw even at this low number of revolutions.

The crusher produces an even flow of output. This makes it much easier to sort the material afterwards.

Send us an e-mail and we will tell you what makes our crushers so unique!

Call us now and let us tell you why our bale opener and crushers are unique!

Crusher for crushing of e waste

With a weight of up to 20 tonnes, a torque of 13,000 newton metres and reverse operation in the event of excess current, breakdown of the crusher can be avoided and many years of useful life and safe, reliable operation in the company is assured.

The machine’s movable parts do not touch each other, which guarantees a long useful life of the parts. The electronic parts are crushed against each other, thereby separating plastic and metal components and creating the wanted size reduction. 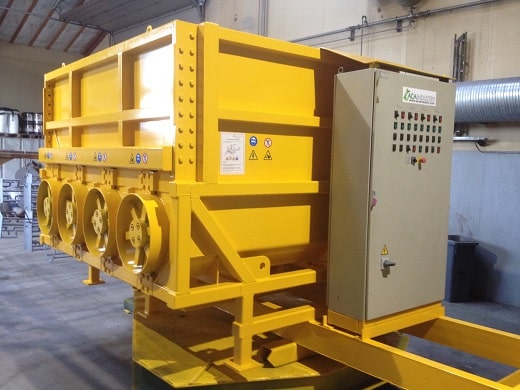 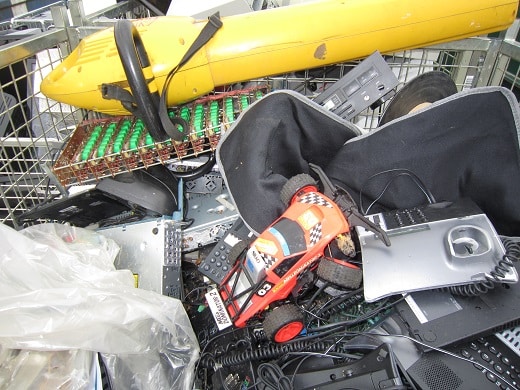 Crushing all types of e waste

The input material may include collected electronic waste items such as washing machines, computers, laptops, loudspeakers, printers, telephones, TVs and other forms of electronic waste. The crushing process aims to separate the waste into different types of materials such as copper, iron and plastic, to be sorted later. When crushing the e waste devices the recycling process ensures that meets the customer requirements. 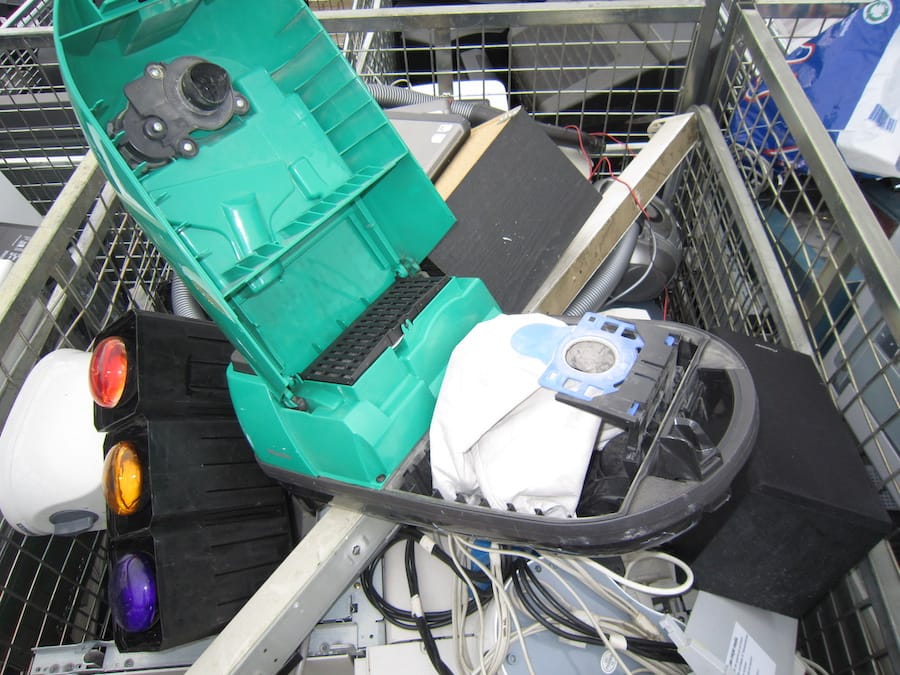 The ACA crusher’s flexible design makes it easy for the user to regulate the size of the output by adjusting the rotating knives. The knives are easy to replace. 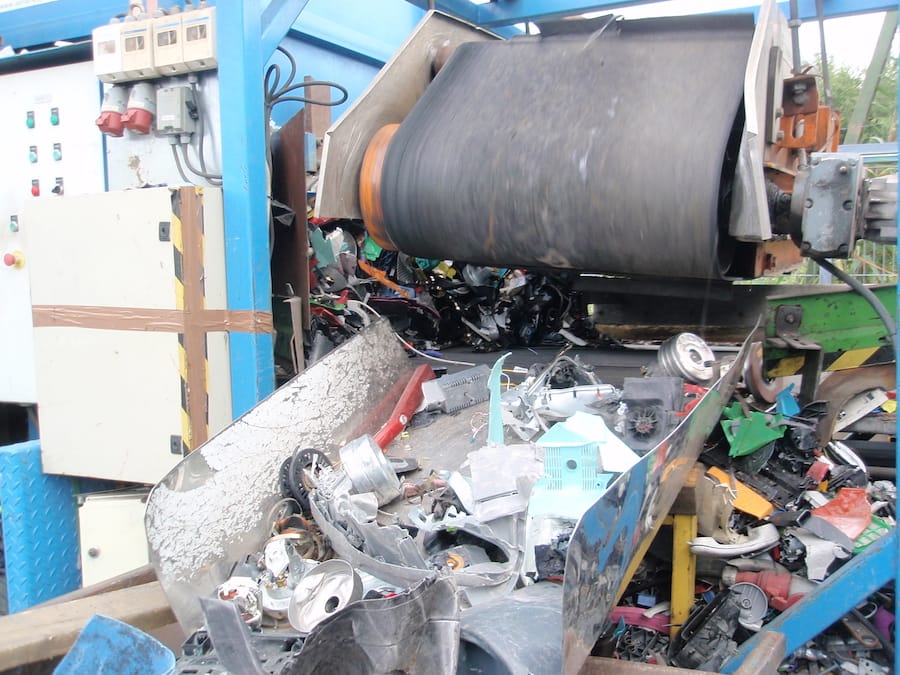 Here’s how WEEE was defined: All types and arrangements of devices, appliances and equipment for the generation, transmission, reception and distribution of electric current, including feature phones, compact disc players, digital video recorders, set-top boxes, laptops, telephones, computers (both home & workstations), personal computers, digital electronic devices and hardware, for which current consumption above a defined rate is more or less normal, shall be considered “Electrical and Electronic Equipment”.

Next, there are the subcategories: Industrial Electronics the main categories are Radio Electronics, Television, Power Technology, Lighting and Signaling Technologies, Fire and Life Safety, Medical and Monitoring Equipment.

Why only “Electrical and Electronic Equipment”?

The real challenge now becomes getting rid of certain products, or prohibiting their excessive consumption. Well, it depends on who you ask. What is a substitute? An alternate model is another name for a different segment of EEE. Same as above, but specifically for applications involving electrical current, battery, or solar energy systems. Such a system can be designed, produced or sold to the market in full or in part. Alternate models do not compete directly with the main product line. Instead, they fulfill a different need or serve different needs. For example, the German alternative certification organization, Certifina, certifies that the solar system is designed and produced in accordance with the FiT directive, but it does not assign any test or verification office to the system, so that it is up to the installer to carry out the required inspections. Similarly, in the UK, alternative energy products do not compete with the main energy companies; rather, they complement the main products.

We provide support 24/7, so we are always easy to get hold of. Don't hesitate to call us if you have a problem. We'll find a solution to your problem, so you can move on.

Would you like us to give you a call?